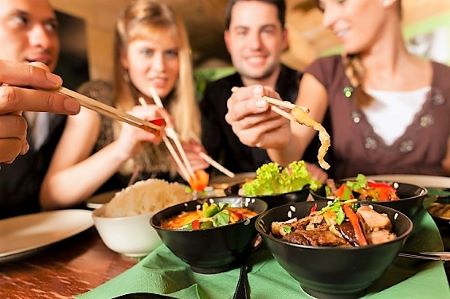 Fear of MSG: Is There a Xenophobic Basis?

Known as “umami seasoning,” the popular flavor enhancer MSG has been associated with flavorful foods since it was discovered by Professor Kikunae Ikeda of Tokyo Imperial University in 1907.

Though glutamate is found naturally in many foods, Dr. Ikeda discovered (by extracting glutamate from kelp) that its isolated form (MSG) provided the strong umami taste quality.

Because monosodium glutamate (abbreviated as MSG) has no smell or specific texture of its own, it can be used in many different dishes where it naturally enhances the original flavor of the food and makes the dish more delicious.

The Source of the “MSG Controversy”

For decades during the 20th century, Americans in particular loved monosodium glutamate. The condiment was added to a variety of foods to enrich flavors and became popular in Chinese restaurants.

The American public embraced it with open arms until 1968 when, in a letter to the editor of the New England Journal of Medicine, a physician described certain adverse reactions he had after eating Chinese food and he speculated that MSG was the culprit. The editor of the journal came up with the term “Chinese Restaurant Syndrome.” After this letter, and the widespread publicity it generated, many restaurants and food companies began advertising “No MSG.” And the popularity of MSG diminished as it unfairly became known as a food additive to be avoided.

The beginning of this MSG controversy started at the height of anti-Asian racism and xenophobic sentiment in the United States. For decades since then, what began as deep-rooted xenophobia made many Americans fearful of MSG – and perpetuated many myths about MSG, which thrived on racially charged biases. The false perception that Asian food is unsafe or unhealthy has been a major cause of the fear-mongering that clouds perceptions of MSG.

In response to consumer concerns, health experts and regulatory authorities worldwide reviewed the extensive scientific research and have endorsed the safety of MSG. In the U.S., based on scientific research and a long history of safe use, MSG is still and has always been on the Food & Drug Administration (FDA) list of “Generally Recognized as Safe” food ingredients.

The most recent science-based review of the “Xenophobic History of MSG” is published in the March 2021 issue of the Journal of the Academy of Nutrition and Dietetics. The researchers note:

“The health-related controversy of MSG in the United States is linked to a history of prejudice and discriminatory rhetoric and action against Asian cultures, specifically Chinese culture. Given the current evidence, which has shown that the link between MSG and aforementioned symptoms cannot be substantiated, it is important to reframe MSG so nutrition educators can become more culturally competent.”

This review paper is a helpful reference for nutritionists and other health professionals, as there is still much work to be done to dispel the racism associated with MSG myths, and to improve perceptions about this beneficial seasoning.

This article originally was published on the International Glutamate Information Service website. It is reprinted here with permission.