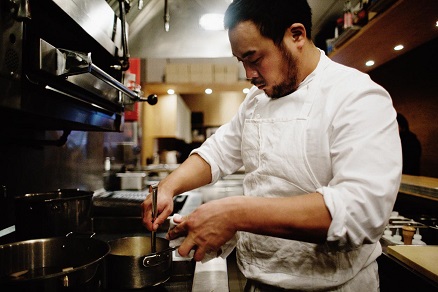 David Chang, the renowned chef and owner of Momofuku restaurant group, often speaks about umami taste and MSG, addressing what he considers the vilification of MSG head-on.

Watch his lively and provocative presentation at MAD 2012:

MAD 2012 is the second symposium organized by René Redzepi the culinary genius and chef at NOMA restaurant in Copenhagen. The two day event brought together some of the food world’s great names – and thinkers – to discuss every aspect of Appetite.

Chang’s work is often singled out as among the most influential in spreading a now-common restaurant philosophy that eschews pomp in favor of quality cooking, informality and accessibility. His food is American in perhaps the truest sense of the word, harnessing the cultural exchanges that mark his home city and country.